The Whitelee Wind Farm, located in Scotland, is one of the most important projects in Endiprev’s portfolio. It is the second-largest onshore wind farm in Europe and one of the first large-scale wind farms close to a center of population. Over the years, Endiprev has performed commissioning, corrective, and preventive maintenance services on the wind farm. 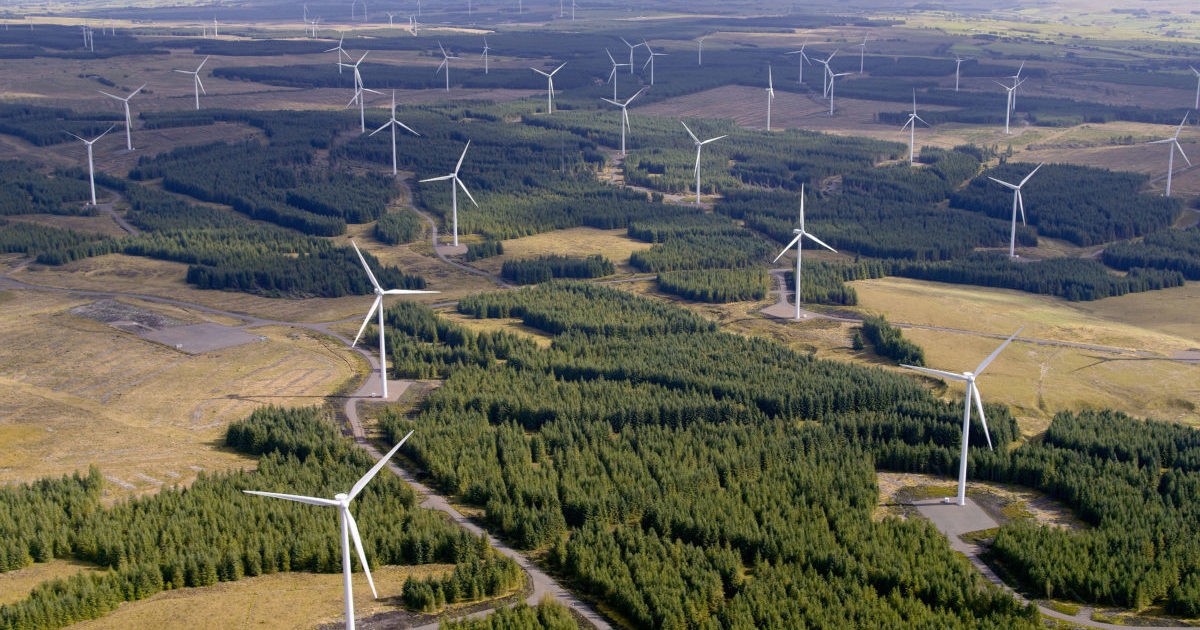 In September 2010, Alstom (which is now part of GE Renewable Energy) secured an order worth over 200 million euros from Scottish Power Renewables (SPR), to build a 217 MW extension to the Whitelee Wind Farm. Adding to the 140 Siemens turbines, this extension turned the wind farm into the UK’s largest onshore wind farm. Its 215 Siemens and Alstom wind turbines generate up to 539MW of electricity, enough to power approximately 300000 homes. For a young Endiprev, with only three years on the market, this project proved the confidence that the OEM had in our way of work.

Our team started working on the Whitelee Wind Farm since the first extension in 2012. Alstom chose Endiprev to support the commissioning of 75 wind turbines: 69 ECO 100 (3MW) and six ECO 74 (1,67MW).

We had already worked with Alstom on other onshore wind farms all over the world, mainly in Europe and in the USA. That was one of the reasons why the OEM trusted us with this project. At that time, Endiprev had a maximum of seven field technicians and engineers working on-site, completing the work in 2013.

Towards the end of the commissioning, the Endiprev team also performed a rigorous test run on the recently installed wind turbines. A test run usually takes a week or 100 hours. However, on the Whitelee Wind Farm, the test run was performed for 20 days (equivalent to 500 hours of work), to guarantee that all of the 75 wind turbines were working perfectly. This demonstrates the complexity of this project.

Throughout 2013 until 2017, Endiprev had always a team on-site to support Alstom on the several preventive campaigns. This was a recognition of the great work our team did in the commissioning, associated with the expertise on how the wind turbines worked. In 2017, Endiprev performed a major retrofit campaign. This specific intervention consisted of:

In 2018, the company signed a long-term contract to work from then on in the wind farm. Alstom handed over to Endiprev to handle the preventive and corrective maintenance campaigns.

Endiprev selected a team of technicians that had worked in other commissioning projects of onshore wind farms for Alstom. Over the years that Endiprev has been working there, we had a maximum of 17 field technicians working simultaneously on-site. All of these technicians had the Wind Turbine Safety Rules (WTSR) certification. In fact, some of them were AT (authorized technicians) and CT (competent technicians).

For a young Endiprev, the Whitelee Wind Farm represented a big challenge that helped the company grow. This project involved the majority of Endiprev’s field team, which meant that dealing with logistics, planning, and daily operations for so many people was a challenge at the time.

Ten years later, we are now performing autonomously the preventive and corrective maintenance on the Whitelee Wind Farm. We prove to Alstom that Endiprev is a partner of continuity, committed to delivering high-quality service and excellence in the wind power industry and a strong relationship with the OEM.