The Block Island Offshore Wind Farm is a project developed by GE Renewable Energy. The company chose Endiprev as a partner to assist in the commissioning and maintenance services on the first offshore wind project in the United States.

While European countries were well acquainted with the benefits of offshore wind, the United States was lagging on that field. However, the country changed its course on the offshore wind industry, when Deepwater Wind had the Block Island Offshore Wind Farm up and running, in December 2016. The first offshore wind project in the U.S. had five GE Haliade H150-6MW wind turbine generators installed three miles south-east of the island. Endiprev was a partner with a profound knowledge of the GE Haliade H150, with a vast experience in the industry.

Endiprev’s success and expertise in the Block Island Offshore Wind Farm were due to the knowledge on the Haliade H150. We had worked on the wind turbine since the inception of the product in 2012. Altogether, our teams have already worked more than 65,000 work hours in these wind turbine generators, until 2017. Our technicians worked around the clock together with GE Renewable Energy to get the offshore wind farm running, even during the pre-commissioning phase. We worked and supervised the production and assembly of the nacelles on the factory until they arrived in the U.S.

During the installation of the five GE Haliade H150 wind turbine generators, Endiprev’s technicians performed mechanical and electrical completion tasks. The scope was to assure the customer received the service with the highest accuracy standard.

Endiprev’s team had, in fact, proven expertise on the GE Haliade H150 like no other. We were involved in the test and validation phase of the H150 platform’s prototype, in Le Carnet (France). We performed all tests to certify the wind turbine generator. With this profound knowledge, combined with the pre-commissioning on this project, our team was able to solve several issues during the commissioning phase of the Block Island Offshore Wind Farm. This phase also consisted of doing a full test run and remote monitoring of the generator.

Six months after the commissioning, Endiprev performed a major repair operation, exchanging 26 magnets in the turbine. The company was also responsible for performing the on-site preventive and corrective maintenance from January 2017 to September 2017.

Endiprev selected a team of technicians with a high level of experience in the GE Haliade H150. These 24 technicians also had experience in offshore commissioning, with a zero-accident record, exclusively assigned to this project. They worked more than 15,000 hours on the Block Island Offshore Wind Farm, between the commissioning and the maintenance work. Once it was three miles from land, the Endiprev team did the daily commute from the wind farm to Providence Port, rather than staying on the Service Operation Vessel, like usually happens. 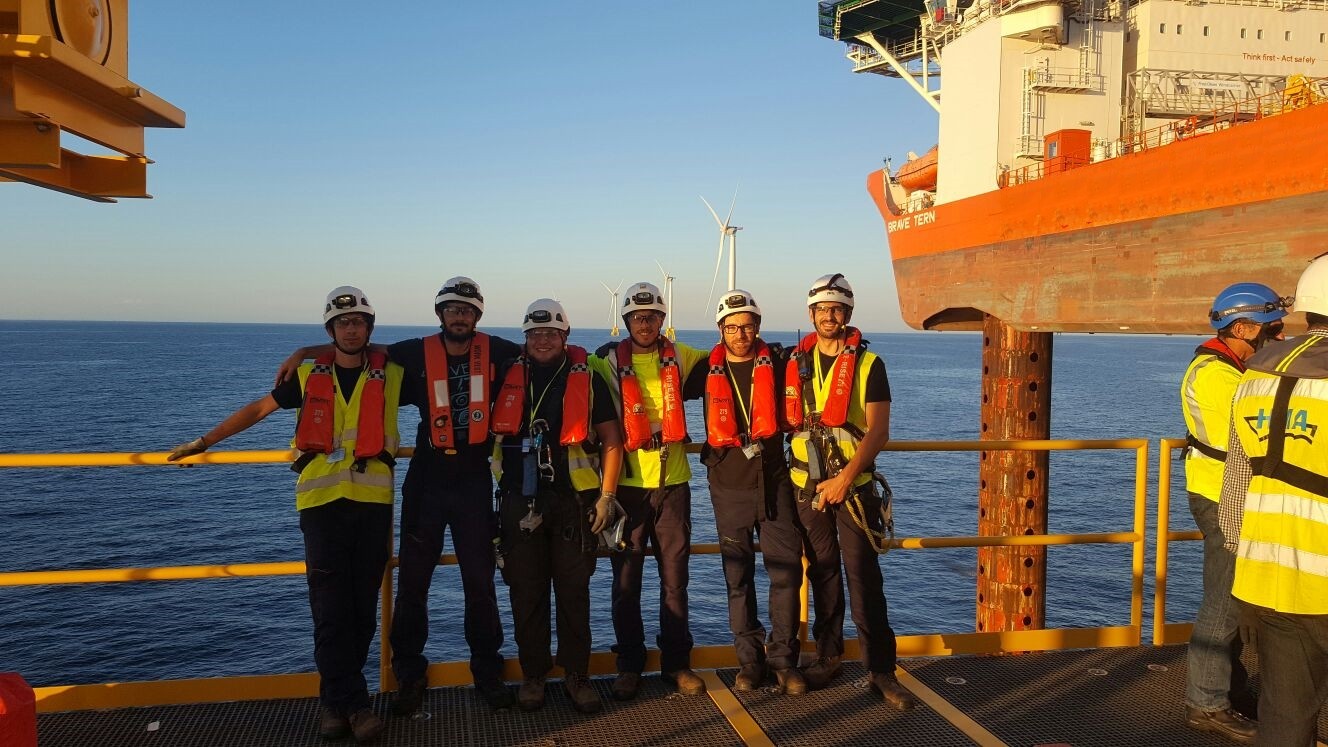 As the offshore wind is still a young industry there, the country doesn’t have yet specialized domestic infrastructures to operate in these projects. Therefore, it needs to subcontract these services to other countries. This was a complex challenge we had to overcome on the Block Island Offshore Wind Farm, due to the Merchant Marine Act (known as the «Jones Act»), otherwise threatening the viability of the entire operation. The “Jones Act” demands the transport of people or goods between American ports by ships built, owned, and operated by American citizens. Consequently, the vessel that transported the GE Haliade H150 wind turbines had to stay offshore during the commissioning.

The Block Island Offshore Wind Farm, now owned by Ørsted, was a demonstration project. It was the kickoff for the development of the offshore wind industry in the United States. After the success of this project, about 30 offshore wind projects are in motion in the country.