After the great partnership in the GE Haliade 150 project, Endiprev has been giving technical support for the Haliade-X Prototype development, considered the biggest and most powerful offshore wind turbine to date. 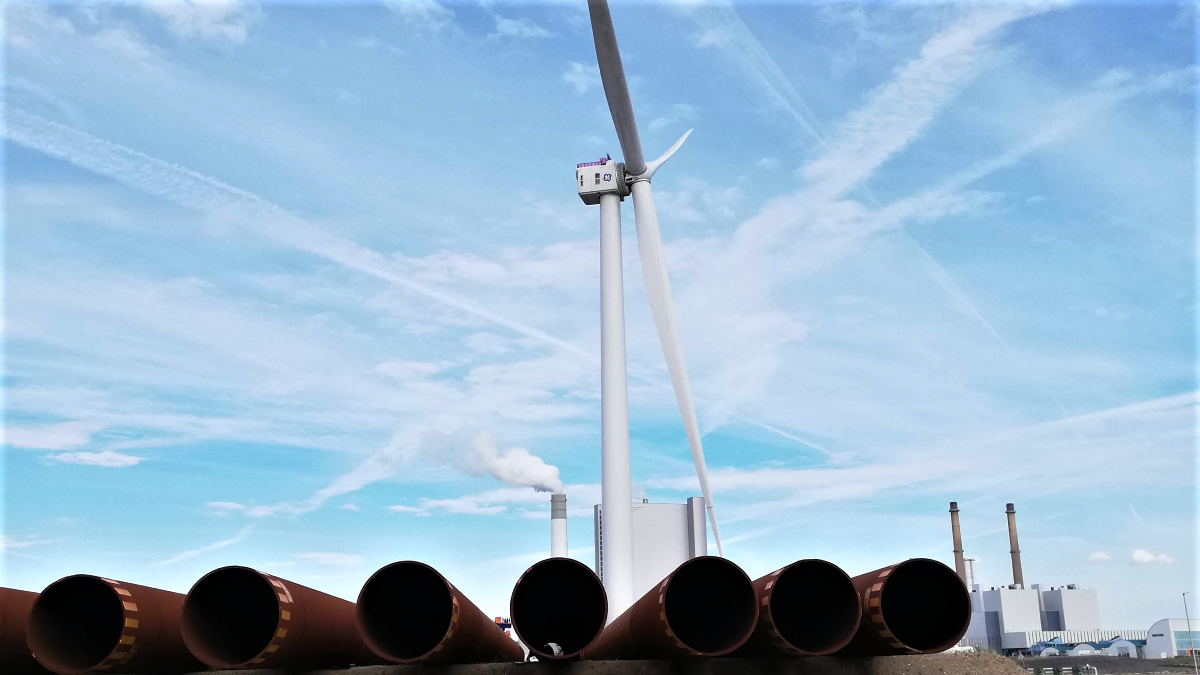 With the need to achieve clean energy goals, wind turbine manufacturers are investing in creating the most advanced technology. To this date, the Haliade-X prototype development is considered the biggest and most powerful yet. Because of its complexity, GE Renewable Energy has been testing the prototype since 2019, and Endiprev has been supplying technical support for its successful certification.

Since its announcement in 2018, GE Renewable Energy’s goal was to develop the largest and most powerful offshore wind turbine ever. In fact, the Haliade-X started at 12MW, featuring a 60-64% capacity factor. The prototype was producing enough energy to power 16000 households.

Due to the success of the cooperation between GE Renewable Energy and Endiprev on the Haliade 150 prototype and following projects, our team was part of the development process for the newest Haliade-X. This cooperation started with the technical documentation development for the Installation & Commissioning phase of Prototypes 1 and 2 of the Haliade-X wind turbine.

While the prototypes were being built, in the Saint-Nazaire’s factory (France), our team also performed quality control activities. We had to guarantee that the process complied with the highest quality standards.

Once the factory works were done, both prototypes were commissioned and ready to be tested. Endiprev commissioned the Haliade-X Prototype 1 in Rotterdam Port, whereas the Prototype 2 was in Catapult installations in Newcastle. This phase allowed our team to de-risk and continue improving the offshore technology.

The Haliade-X Prototype 1 is, until this moment, the first and only model to keep running. We are very proud to work on such a groundbreaking project since day one. We supported GE Renewable Energy in all the O&M operations and the so expected certification process, which happened in mid-year of 2020. The certification demonstrated that the prototype complied with the highest safety and quality standards, and its design was on track to meet the full type certification. That was a great milestone for the manufacturer, and also evidence of our team’s work on the prototype development.

After receiving the full type certification from DNV GL, in November 2020, Endiprev also performed the Haliade-X optimization. The prototype was able to operate at 13MW power output. Due to this upgrade, the prototype set a new world record by producing 312MW of electricity in one day. However, the Haliade-X is going to the market as a 14MW-wind turbine as it became the first one to operate at that power in October 2021.

Endiprev has been supporting GE Renewable Energy since the beginning of the prototype development. We created mainly technical documentation and manuals. These will help the wind turbines manufacturing and the service that teams like ours might need to perform on them. With almost 35 technicians working during the testing and commissioning process and 39000 worked hours, our team developed documentation for:

The Haliade-X wind turbine was already distinguished as one of the best technology in the industry. It received the award as the Best Sustainable Invention of the Year by TIME magazine and the Best Wind Turbine of the Year by Windpower Monthly magazine. Because of its outstanding results, this technology will feature in the Skip Jack, Dogger Bank, and Vineyard Wind offshore projects.

Thus, the Haliade-X wind turbine can be a crucial help to deliver clean energy worldwide and accelerate the process of reaching European decarbonization goals. Endiprev is very proud of the work our teams have done in the Haliade-X prototype development. We feel prepared to keep supporting GE and take the Haliade-X to key offshore projects in Europe, Asia, and America.